Two turf problems that have traditionally been treated by chemicals are worm casts and fungal diseases such as Fusarium Patch, Dollar Spot, Anthracnose, and Brown patch. The final banning of the fungicide Propiconazole in March has added fresh urgency to the need for greenkeepers and groundsmen to find non-chemical, or cultural, alternatives for controlling fusarium patch.

Fusarium, or Michrodochium nivale, is the pathogen for Fusarium patch, a fungus that attacks turf. Three of the common turf grass species grown in Britain are susceptible to Fusarium: Annual Meadow-grass, Perennial Rye-grass, and Creeping Bent. Annual Meadow-grass, or Poa Annua, is a particularly common species and is found in most sports turf, hence fusarium is a widespread problem in Britain.

Fusarium starts as small orange to red-brown circular spots 1-2 cm in diameter which can increase in size until even the entire surface of a green can be affected. When the fusarium is particularly active, the patches have a brown ring at the outer edge and the centre of the patches may become pale brown/yellow.

Worms are now a protected species. They have been deemed a beneficial creature within the soil. We have about a dozen varieties of worm in this country but only three of them do any casting damage. Unfortunately, there’s always a minority that spoils it for the majority.

Worm casts are soil and worm dung that gets deposited on the top of the surface.  When you have many worm casts you are going to end up with a mudbath on the surface which chokes the plant, causing it to die. If you’ve got casts on the surface, when you mow the soil gets stuck on the rollers which raises the height of cut.  It also dulls the blades necessitating the expense of resharpening them.

Which turf chemicals have been banned?

Fusarium has typically been treated with fungicides containing chemicals such as Prochloraz, Iprodione or Propiconazole. Prochloraz based products were banned from June 2017, followed by those containing Iprodione in June 2018.  More recently, those with the active ingredient Propiconazole were banned from sale in June 2019, and the final date for their use or disposal has now just expired in March 2020.

Admittedly, there are still products containing other fungicide ingredients available on the market at the moment, but for how long?  And added to this is the problem of diseases becoming resistant to repeated use of the same chemicals.

Worm suppressants are a similar situation, with the long-time favourite ingredient Carbendazim having been banned in 2017.

What are the alternative treatments for fusarium and worm casts?

So what alternatives do sportsturf professionals have to meet the need to provide high quality playing surfaces?  There is an increasing awareness that a combination of better soil management assisted with mechanical treatments is the sustainable way forward in managing these problems.

Some greenkeepers are turning to biological controls and increasing their fungi and bacteria content within the soil to help them combat disease. This is a long-term, and potentially expensive strategy, and certainly not an overnight solution like a dose of the old fungicide. On the worm cast front, again a soil management policy, in this case to increase its the acidity, is believed to reduce worm presence.

One option that helps with both problems is brushing.  This long-established cultural practice has multiple benefits.  These include dispersing the dew and standing the grass plant up to allow better air circulation around it, thus creating a less humid, and disease-prone environment for it to live in.  Further benefits include improved quality of cut of the erect grass blades, and better clipping dispersal without clumping when the dew is brushed off prior to mowing.

Worm casts are also easily dispersed by brushing, and with modern brushing equipment such as the GreenTek Maxi-Brush having working widths in excess of 5 metres, it is possible to brush whole golf courses or multiple sports pitches on a daily basis.  The smallest of modern lightweight compact tractors have the capacity to operate these wide brushes, ensuring that turf wear through regular use is minimised.

Despite the understandable concern each time the banning of another chemicals is announced, greenkeepers and groundsmen are still managing to find innovative ways to continue to maintain healthy sports turf. 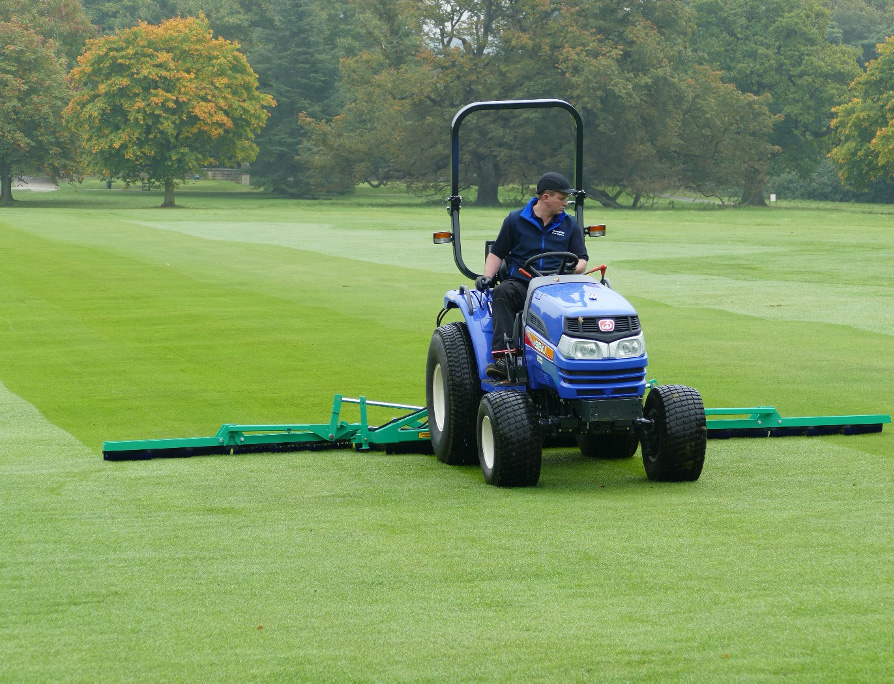 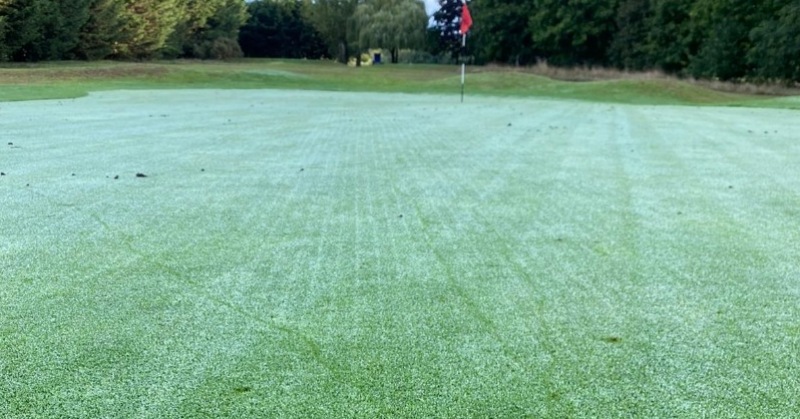