What is thatch and how to deal with it

As we discuss elsewhere, thatch is the number one enemy of putting greens and sports pitches across the country, making surfaces soft and spongy when wet and quickly killing grass during prolonged dry spells. But what exactly is thatch, why does it form and how should you deal with it?

Thatch is a layer of organic material, such as dead grass stems and roots, which forms between the grass surface and the soil beneath. This material contains lignin, a compound which slows down its natural breakdown within the turf. Ideally, you need the soil fungi and other microbes to break down this material at the same rate as it is created, however, if the grass is growing and creating debris faster than it can be broken down, then thatch will form. Some grasses will form thatch easier than others, although there can be variations in thatch level even amongst the same grass species. Over time, thatch can become very dense and problematic.

What is the problem with thatch?

Because thatch forms between the grass layer and the soil, it can prevent essential water and nutrients from reaching the soil. This makes the grass weak and easily damaged since the roots will tend to grow into the shallow thatch and not penetrate deeper into the soil below. It also makes the turf more vulnerable to changes in weather, becoming wetter during rainy spells and dryer in the summer months. With such shallow root growth, heavily thatched grass will quickly yellow and die during a dry spell, and will also be far less hardwearing for more physical sports.

Is thatch always a bad thing?

Up to a quarter of an inch of thatch can actually be beneficial to grass, depending on the desired playing characteristics, as it forms a protective layer over the soil that prevents it from drying out. This amount of thatch also makes the turf softer, cushioning the impact on the feet and bodies of sportspeople such as footballers, rugby players and cricketers. A shallow layer of thatch will also protect the new growth of grass shoots. However, any depth of thatch above a quarter of an inch is detrimental, particularly on golf greens where a firm fast surface is desired.

How to deal with thatch

Thatch problems need to be addressed sooner rather than later, as soil that is starved by a thick layer of thatch will rapidly degenerate. Thatch should be tackled as soon as the grass begins to grow strongly. For deep that problems use scarifiers, in the late spring, and early autumn.  In between, regular verticutting will keep it controlled to a manageable level.

The Thatch-Away Supa-System from Greentek is used by leading golf courses worldwide to tackle the problems of thatch quickly and easily. Fully compatible with all popular green mowers, this innovative, cassette-based system is highly effective in tackling thatch, with tungsten-tipped blades penetrating even the most matted surfaces. Thatch-Aways cut out and collect thatch cleanly, leaving behind a perfectly groomed surface that is immediately playable. This world-leading technology can also be found in our Thatch-Away Walk Behind range for use in smaller areas, and top level courses who only use walk-behind equipment.

Follow this link to find more details about the Thatch-Away Supa-System, or contact your local Greentek representative today. 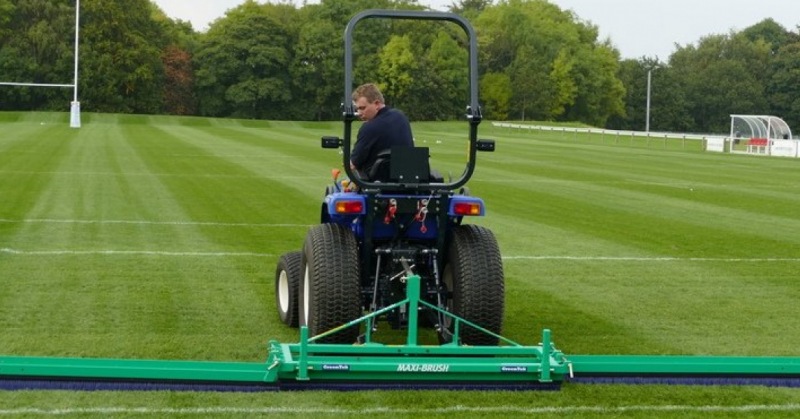 Two turf problems that have traditionally been treated by chemicals are worm casts and fungal diseas...